Darknet/Dark web vs. Deep web: what is the difference?

Darknet, Dark web, Deep web – many have heard these terms, but not everyone knows their definitions and the difference between the Deep and Dark web. More importantly, few know whether it is illegal to go on the Dark web or not and how secure it is.

What is the Darknet?

The Darknet is an overlay network built over the regular internet like other overlay networks - peer-to-peer and client-server applications. It has its social networks, sites, forums, communication platforms, file transfer, etc. A regular web browser such as Mozilla, Chrome, Opera, Firefox is not enough to access them. A particular browser like Tor is needed along with select PC settings and authorization. Darknet resources are not indexed by public search engines like Google and cannot be found through regular searches, as the Darknet has its search engines.

The sites and social networks that average users are familiar with are called the Surface web, Visible Web, Indexed Web, Indexable Web, or Lightnet. They often make it possible to establish the identity of a user and their IP-address. The Darknet is anonymous and conceals IP-addresses.

What is the Dark web?

The Dark web is another name for Darknet sites that often contain illegal information and databases referred to by criminals and unscrupulous individuals. The Dark web and the Darknet are not the same things, though they are often mistakenly referred to by the same term. There are various resources on the Darknet, not just websites, but also chat rooms or private gaming servers. The Darknet is brimming with such help, unlike the Dark web, which does not contain any communication channels.

Who uses the Darknet/Dark web?

The Darknet and the Dark web can be accessed by anyone with a particular browser and authorization tools. They are necessary for securing a reliable connection where a VPN connection is required. Those who know the passwords and logins required by Darknet and Dark web resources can access them. Darknet users value it for its anonymity and the ‘different’ information it contains.

What are the main threats of the Darknet / Dark web?

Both realms contain no more dangers than the regular internet. In contrast, the Lightnet bears two main types of risks. The first is illegal actions, even if committed unintentionally. In most cases, this risk is fully conscious since if an adult accesses gaming servers that are known to be banned in a particular country, they will bear full responsibility as per the law.

The second type of risk is involuntary and entails becoming the victim of scammers. The Darknet contains considerably more of the latter than the Lighnet. Viruses, phishing, malware of all kinds, and many other ploys used by cybercriminals for stealing money flourish there.

What is the Deep web?

The Deep web is part of the World Wide Web that is not indexed by familiar search engines. Common browsers can access it, but users will need authorization or a direct link to the resource.

The resources can be anything from sites with paid access to pay-per-view websites with access after viewing ads, other restrictions like passwords, etc. The Deep web also includes only partially accessible areas for viewing and have magazine websites with publicly available tables of contents, but articles that can be read-only after getting a subscription.

What is the difference between the Deep web and Darknet/Dark web?

The part of the global web that is not open to search engines is called the Deep web. The global net function that is inaccessible to search engines and requires particular browsers to be accessed is called the Darknet. In turn, the Dark web is a collection of websites on the Darknet. Most of the Deep web has nothing to do with criminality or illegal activities. It is merely content or services with limited access. A user's IP can be easily traced on the Deep web, whereas the Darknet is a zone of anonymous entry and mostly illegal activities.

Is it illegal to access the Deep web or the Darknet/Dark web?

Browsing the Deep web or Darknet is not a crime, but anything other than browsings, such as buying things or services, may be illegal in the user's place of residence.

For example, some countries have passed laws explicitly prohibiting online gambling. In 2014, Singapore’s parliament passed the Remote Gambling Bill as a counter-measure against online gambling locally. In 2018, the UK accounted for 34.2% of the EU online gambling market, with Germany trailing at 11.1%, France at 8.8%, and Italy at 8.1%. The US has developed legislation against online gambling, as illustrated by the 2011 United States v. Scheinberg federal criminal case against the founders of the three largest online poker companies – PokerStars, Full Tilt Poker Cereus Poker Network (Absolute Poker/Ultimatebet). The lawsuit alleged that the casinos had violated the Unlawful Internet Gambling Enforcement Act and were involved in bank fraud and money laundering.

Human trafficking, child pornography, drugs, weapons are prohibited by law. The Darknet is a place where all this happen. In that case, everyone who commits such actions is considered a criminal by the law. Besides, all those who trade in such goods and services are violating the law as well. Likewise, whoever writes scripts for penetrating someone else's network is not doing anything illegal until they run the said script. Any attempt to sell such software to others is already a crime where such actions are prohibited. The buyer of such software or service also becomes a violator of the law.

The web situations are reminiscent of real-life scenarios, such as when one walks through an underpass and witnesses a drug trade. As long as they just walk by and look at it, they have not violated any laws. But the moment one attempts to buy illegal substances, they are breaking the law.

How to stay safe from the Darknet/Dark web

The easiest way is to stay away from both realms altogether. Sometimes, access to these networks is necessary for journalists, police officers, private detectives, and many other professionals. Full protective measures should be taken to protect one's self from malware and fishing. After a surfing session on the Darknet, users must never visit the Lightnet straight away, but restart their computer and observe its behavior. If the computer operates normally and is not exhibiting any suspicious actions, then it is safe to resume work as usual on the Lightnet.

Subscription-only academic journal archives are part of the Deep web. An online marketplace that can only be accessed via a link and a Tor browser is part of the Darknet. Sites with classified documents or the customer bases of banks are part of the Dark web. Stay safe and steer clear of shady online realms. But to click or not to click is a conscious choice that comes with a corresponding responsibility.

💡
Find out how Social Links’ solutions can help you save time and resources while mitigating cyberthreats. Follow the link below, fill out the short contact form and our manager will be in touch shortly to organize a personal tour of our products.
BOOK A DEMO
Share this post
The link has been copied!
You might also like 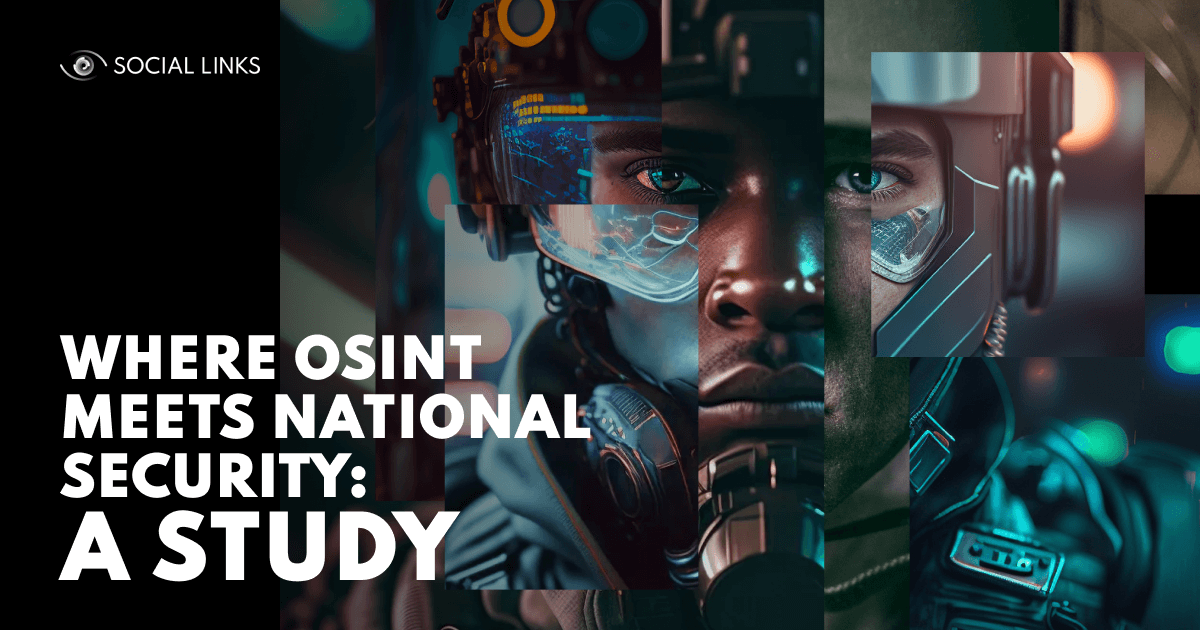 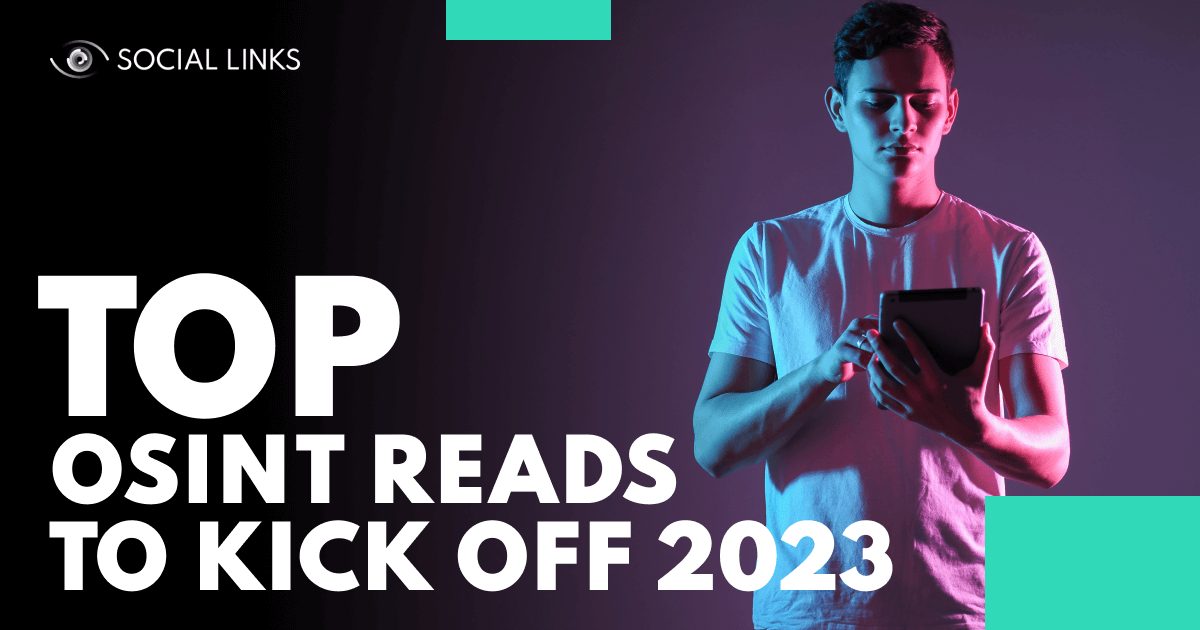